Distribution: West Pacific, including Christmas Island in the west, the Ryukyu Arc in the north and Vanuatu in the east. Likely present in Palau.

Identification: Body dull yellow along belly, fading into a peach color dorsally. Generally more pink in appearance than related species, especially those from the Philippines and Japan. A thin, white stripe extends from between the eyes to the base of the caudal fin. A single vertical stripe anteriorly. The dorsal and caudal fins are translucent white in females; males sometimes with the margins colored orange. Pectoral and ventral fins mostly clear, with little color.

Similar: Populations from Micronesia and Fiji are likely distinct genetically and worthy of species recognition, but are otherwise nearly identical in appearance. In general, these two regions have fishes with a brighter orange hue than the pink shade seen in most of the West Pacific; however, those from Vanuatu are similarly orange. The vertical stripe easily distinguishes A. perideraion from the otherwise similar A. akallopisos, A. cf akallopisos and A. pacificus.

Notes: As currently recognized, the Pink Skunk Anemonefish is one of the most widespread Amphiprion species, ranging throughout the West Pacific, Micronesia and Melanesia, but this is likely an oversimplification that hides a cryptic regional diversity. Specifically, the populations found in Micronesia and Fiji lack the pink color that gives this fish its common name. The population of A. perideraion form Vanuatu and New Caledonia is notable for being noticeably orange and may represent yet another unique species. More study is needed to determine what morphological or genetic differences exist across the range of this fish.

Suspected hybrids with A. akallopisos are known from Bali, identifiable by their broken vertical stripes. There is also a likely area of overlap at Palau, where the orange Micronesian population meets the pink perideraion.

The unusual species epithet comes from the Greek adjective περιδέραιος (perideraion), meaning “passed around the neck”, in reference to the vertical stripes of this fish. This is the only time that this name has been used in zoological nomenclature. 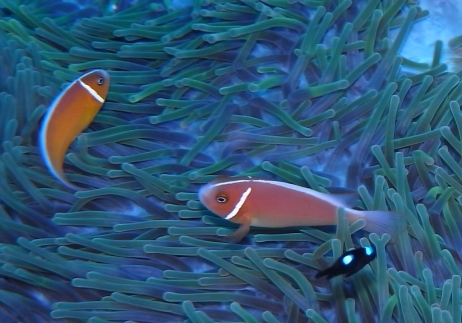 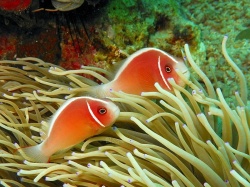 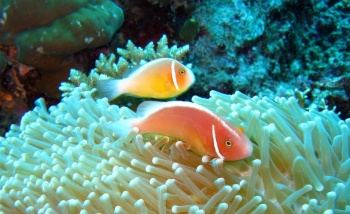 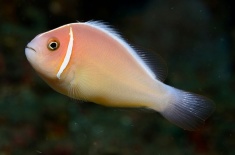 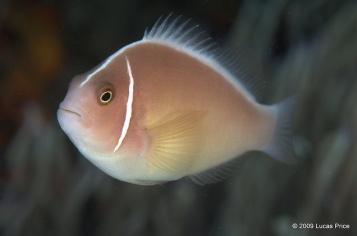 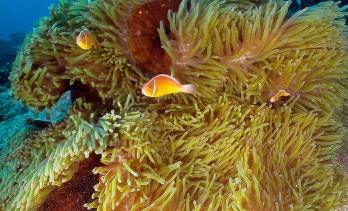 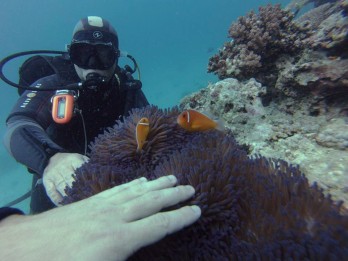 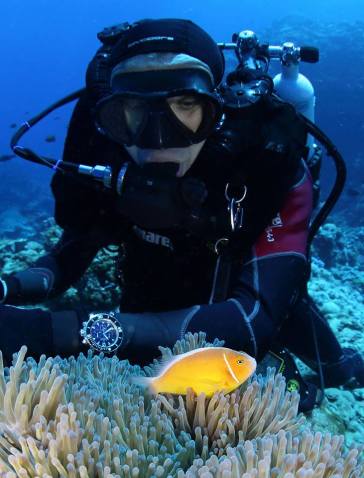 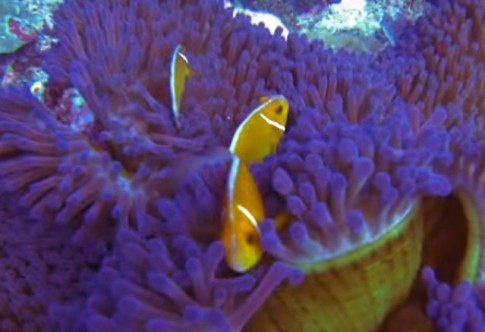 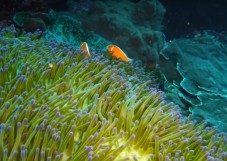 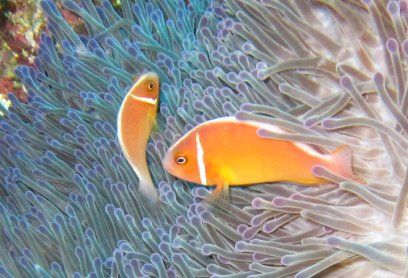