Distribution: Western Indian Ocean, from Kenya to South Africa, as well as the Seychelles, Madagascar and smaller islands of the Mozambique Channel. Apparently absent from the Mascarenes.

Identification: Body bright yellow along belly, fading into a dingy beige-peach color dorsally. A thin, white stripe extends from just above the upper lip to the base of the caudal fin. Many individuals have this stripe abbreviated, beginning more towards the dorsal fin than the mouth. The dorsal and caudal fins are translucent white in females; males often show a yellow margin to these. Pectoral and ventral fins bright yellow.

Similar: Seemingly identical to the population found in the Eastern Indian Ocean, but behavioral differences exist in the sounds produced and genetic differences have also been found. Amphiprion pacificus from Polynesia is also essentially identical, but is separated by an even larger biogeographical gap and has a greater number of gill rakers (modally, 18-19 vs. 17).

Notes: This African population is distinct in its genetics, behavior and biogeography from the type population of A. akallopisos found in the Eastern Indian Ocean and should be regarded as a distinct species. One curious difference between these two is the tendency for the African population to develop a reduced dorsal stripe, often starting along the dorsal fin origin rather than near the mouth.

Like others in its group, it occurs almost exclusively in the Magnificent Sea Anemone (Heteractis magnifica). Given that there is little competition in this region for Stichodactyla carpet anemones, this illustrates how hard-wired these fishes are for their preferred host. 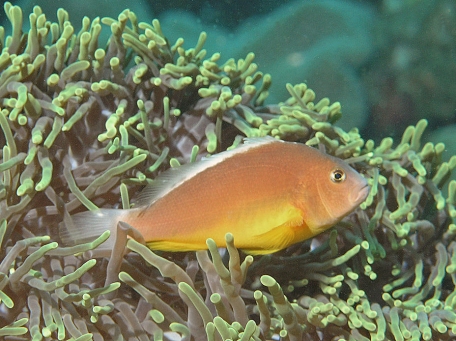 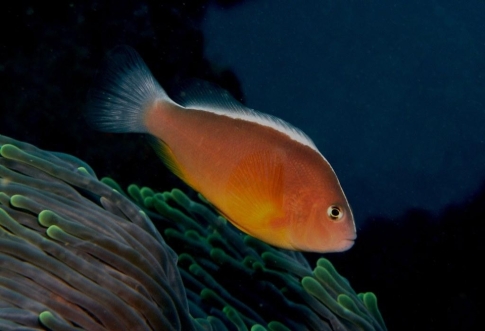 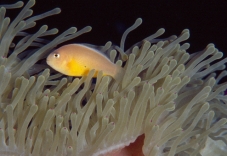 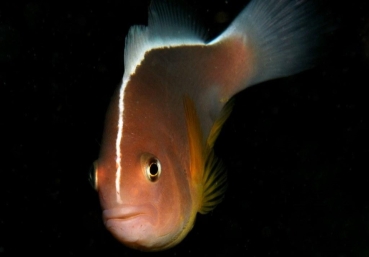 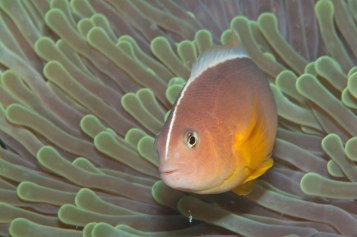 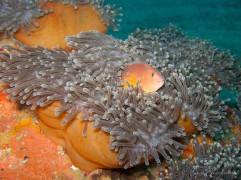 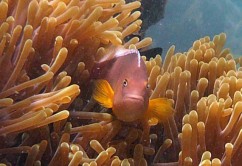