Similar: Indistinguishable from A. ocellaris in the Indian Ocean and A. cf ocellaris in the Philippines and Gulf of Thailand, differing more in genetics than appearance. Amphiprion percula is best separated by the dorsal fin characters, though this may not be reliable where the two populations overlap in Eastern Indonesia.

Notes: This fish is genetically distinct from the type population of A. ocellaris in the Indian Ocean. Specimens from West Papua, Halmahera and Northern Sulawesi are challenging to reliably identify, as they could conceivably belong to both A. cf ocellaris or A. percula or may be hybrids of the two. In the population genetic study of Timm et al 2008, specimens from this region were most closely related to populations further east at Biak and New Britain than to those from elsewhere in Sulawesi and Borneo, suggesting that there may be a cryptic species present. Far more study is needed to elucidate the evolutionary history of this group, but it is likely that the main genetic divides correlate to the patterns seen elsewhere in Amphiprion.

Darwin, Australia is noted to have a unique population that is fully melanistic in some large females. Juveniles are still orange, and not all large specimens seem to turn black, but this, coupled with the unique biogeography in Northern Australia, may indicate the presence of another cryptic species. Amphiprion bicolor Castelnau 1873 is an earlier name for this population, which could potentially be used for the broader Indonesian population if the two are shown to be conspecific. 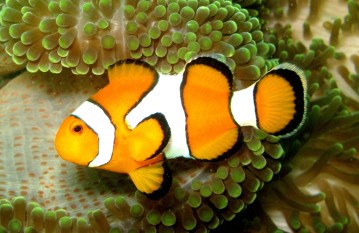 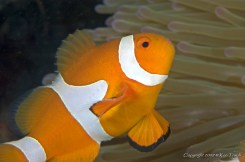 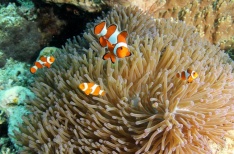 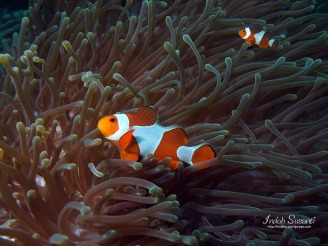 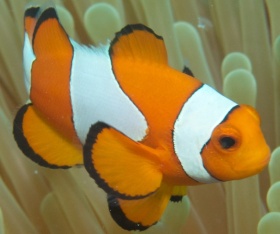 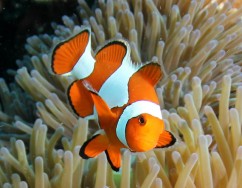 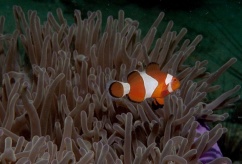 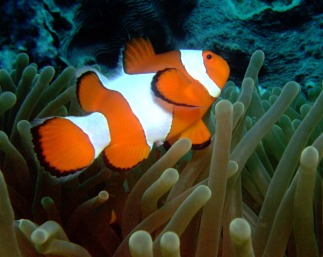 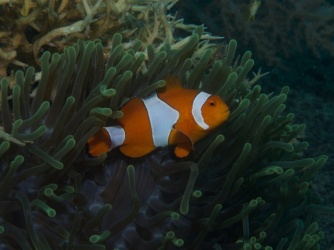